James Franco’s latest artistic foray turns the concept of art on its head. Or at least offers a valiant attempt; ironically named the Museum of Non-Visible Art (MONA), it is a conceptual project by Franco and (presumably) his friends that dances around the perimeter of the very term it questions. What can be called art?

Or, perhaps the real question is: what should be called art? This is precisely what you are left to wonder as you watch the video that Franco et al. have posted on their Kickstarter page, which by the way states that their MONA has been fruitfully attracting financial backers, having far surpassed their $5,000 pledge drive goal at $11,642. It is endearingly ridiculous, the thought of James Franco having to create a Kickstarter fundraising page for a mere $5,000, until you begin to suspect that maybe, just maybe, it is part of his performance art shtick.

Apart from expanding art to the visually impaired, he’s also become a fashion photographer this month for ELLE Magazine. So far, it’s been a slow summer for this modern Renaissance man. 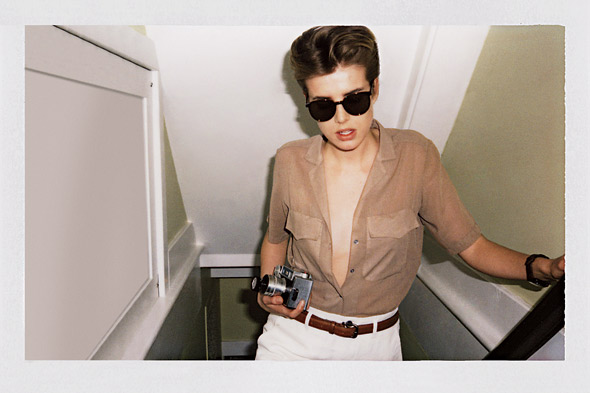 Model Agyness Deyn in her ELLE photoshoot with Franco.